The pathologies that cause an increased arrhythmic risk represent a set of pathologies caused by structural and functional anomalies of the heart muscle, which have consequences on the functioning of the myocardium. The test is indicated for subjects who have had a case of SCD or cardiac disease in the family, and for young subjects (under 40 years of age) with idiopathic cardiac symptoms or with a suspected clinical picture due to QT or heart rhythm abnormalities.

The tests allow to identify, in the investigated genes, small sequence variants such as: single nucleotide changes, insertions and deletions of a few base pairs. The sequence variants in the identified genes can predispose to a limited functional capacity of the heart which manifests itself with different symptoms and complications, including serious ones, such as: atrial fibrillation, malignant ventricular arrhythmias and sudden death. About 50% of cardiac arrests occur in individuals with no known heart disease. However, numerous studies have shown a genetic predisposition and it has been shown that individuals with a family history of sudden cardiac death (SCD) have a 50% increased risk of developing SCD.

The genetic test consists in performing a blood test, in the extraction of genomic DNA and in the analysis of the aforementioned variants using the CE-IVD Devyser Thrombophilia kit based on the multiplex PCR technique and separation of the fragments by capillary electrophoresis on an automatic sequencer. 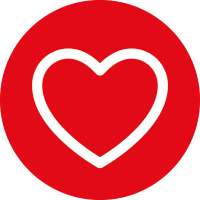 Which pathologies are detected

It is an alteration of the heart rhythm, for which the beat is irregular, with moments of increase (tachycardia) and decrease (bradycardia) or of absolute irregularity compared to the average normal speed.
Tested gene: MURC

It is a rare heart disease, heterogeneous from a genetic point of view, characterized by irregular activation of the atria with an irregular ventricular response, in several members of the same family.
Tested gene: ABCC9

It is a hereditary disease characterized by the prolongation of the QT interval on the baseline ECG and by the high risk of arrhythmias that can lead to death. Prevalence is estimated at 1 in every 2,500 live births. The two main symptoms are syncopal episodes, which can cause cardiac arrest, and sudden cardiac death.
Tested genes: AKAP9, ANK2, CACNA1C, CAV3, KCNA5, KCNE1, KCNE2, KCNE3, KCNH2, KCNJ2, KCNQ1, SCN4B, SCN5A and SNTA1

It is an inherited disease of cardiac electrophysiology, which causes an increased risk of sudden cardiac death and syncope. Typically, patients have no structural heart disease but relationships with other structural heart diseases, both genetic and acquired, are increasingly recognized, as well as evident overlaps with long QT syndrome and arrhythmogenic right ventricular cardiomyopathy.
Tested genes: ABCC9, AKAP9, CACNA1C, CACNB2, GPD1L, HCN4, KCND3, KCNE3, PKP2, SCN1B, SCN3B, SCN4B and SCN5A

Ventricular tachycardia is a rhythmic impulse that originates in the ventricles and produces a heart rate of at least 120 beats per minute. The patient almost always presents with palpitations and other symptoms of heart failure, such as shortness of breath, chest discomfort and / or fainting.
Tested gene: CASQ2

It is a congenital heart malformation that concerns the membrane interposed between the right and left atrium. The opening of the atrial septum produces an increase in the passage of blood from the left atrium to the right and a consequent overload of the volume of the atrium and right ventricle. Children are rarely symptomatic but complications after age 20 include pulmonary hypertension, heart failure, and atrial arrhythmias.
Tested genes: ACTC1, ACTN2 and DTNA

It is an inherited disease characterized by a short QT interval on the baseline EKG and a high risk of syncope or sudden death from malignant ventricular arrhythmia. This extremely rare syndrome mainly affects young adults or infants.
Tested genes: KCNH2, KCNJ2 and KCNQ1